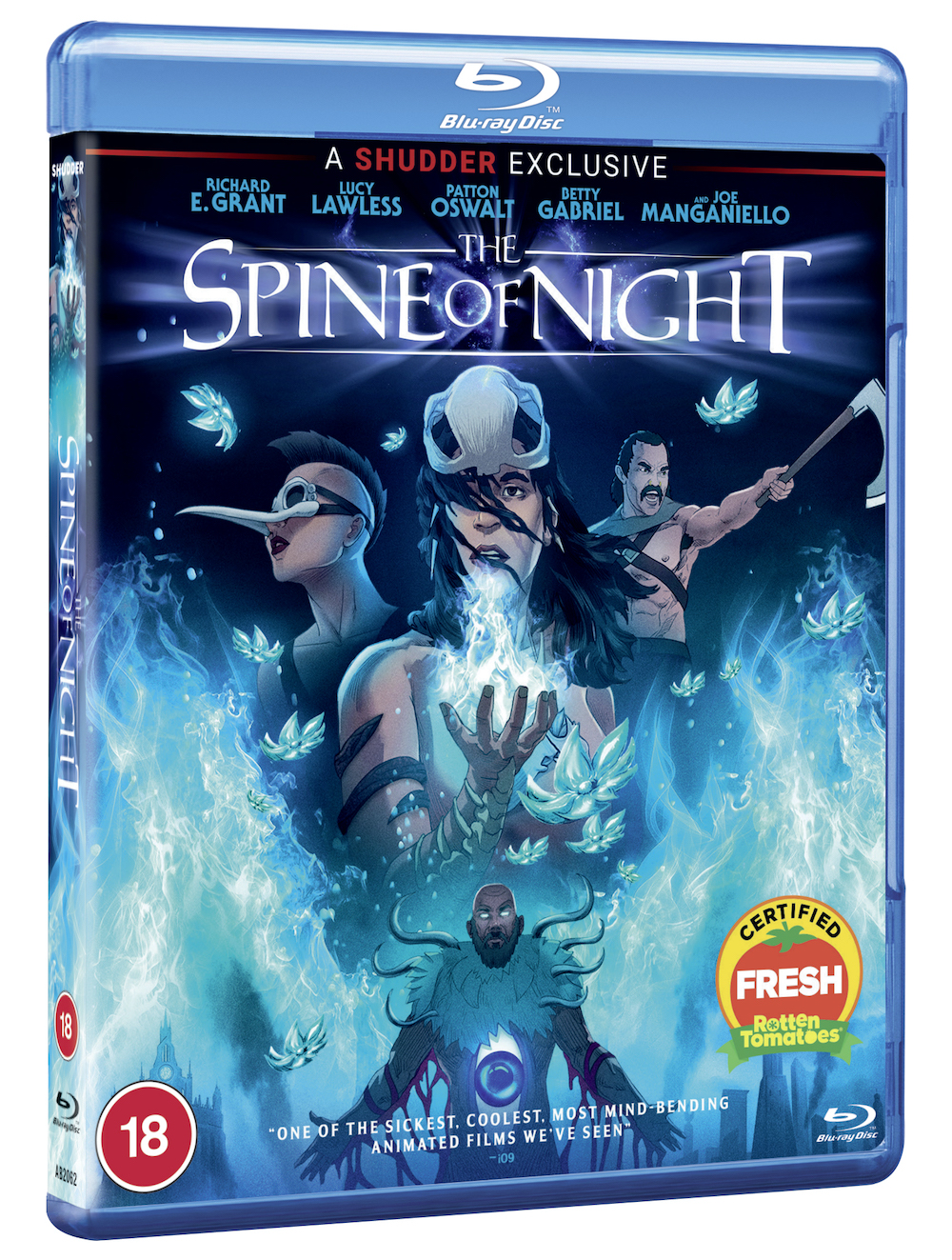 From Acorn Media International, the animated horror – The Spine of Night – is having both physical and digital releases on 24th October. Here’s what they had to say:

Enter the fantastically frenzied, gloriously gory and dazzlingly dark animated world of The Spine of Night, which audiences can now feast their eyes on as the psychedelic Shudder Exclusive arrives on Blu-ray, DVD and digital on 24 October 2022, courtesy of Acorn Media International.

The story begins with an ambitious young man who steals forbidden knowledge from a sacred planet. As he succumbs to its darker temptations, he unknowingly unleashes centuries of suffering onto mankind…

Ancient, dark magic has fallen into sinister hands, and a group of heroes from different eras and cultures must unite to defeat it at all costs… Among those who stand against him are a daring tomb-robber, star-crossed lovers, a maniacal necromancer, winged assassins, and an undying guardian. Can they stop him and save the universe before it’s too late?

For a unique and unforgettable thrill ride, venture into The Spine of Night.

Many thanks to Aim Publicity and Acorn Media International for providing the images above.