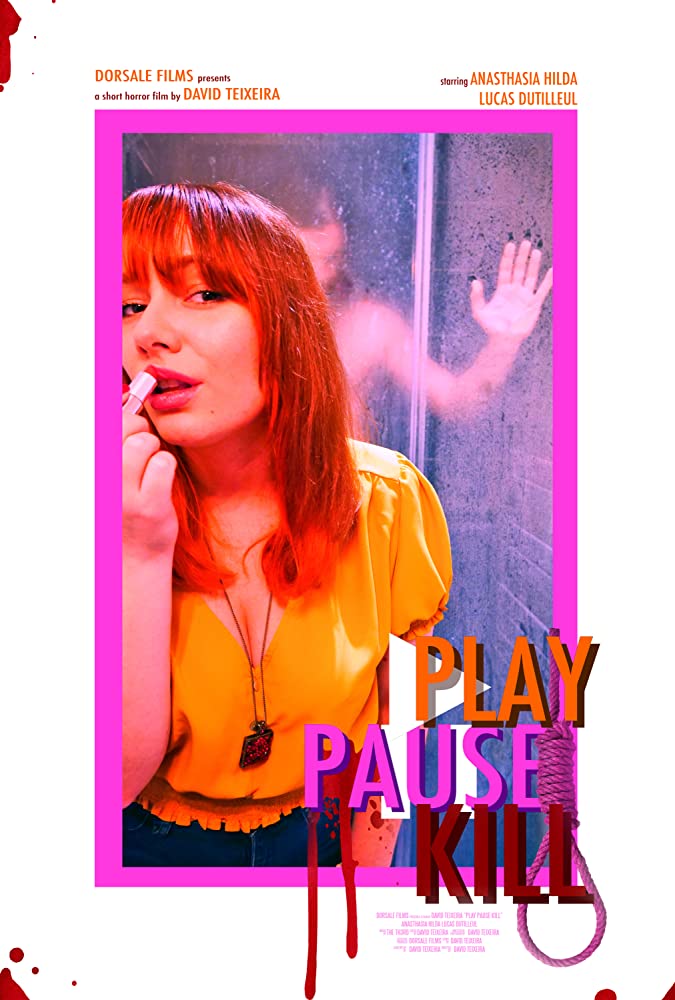 When a film opens with a great techno score, you know it’s legit. The terrifically titled Play. Pause. Kill not only opens with a killer soundtrack, but opens with Julie. Played in an enchanting manner by Anasthasia Hilda, Julie is without company in her flat, but without an idea for her next screenplay also. H. (Lucas Dutilleul), via text, provides suggestion for both her evening and her screenplay – he recommends that they watch a horror film together, with the added bonus of wine. A great idea, right?

Running at around 13-minutes, there is an assumption that Play. Pause. Kill may be setup for one punch or heavily crammed with content. Good news: this isn’t the case. At no point does this film feel bloated with content or rushed. Instead, Play. Pause. Kill successfully transcends through the elements and story events, all dictated by the magnificent score throughout.

Ultimately, Play. Pause. Kill does view in the vein of a scene in a feature film, or more specifically, an anthology film. Under the creative process of writer-director, David Teixeira, a gem of modern horror film is present here. Established is a WILD, exciting, thrilling, and shocking display of genre manipulation.

Many thanks to Dorsale Films and David Teixeira for the pleasure of this film.