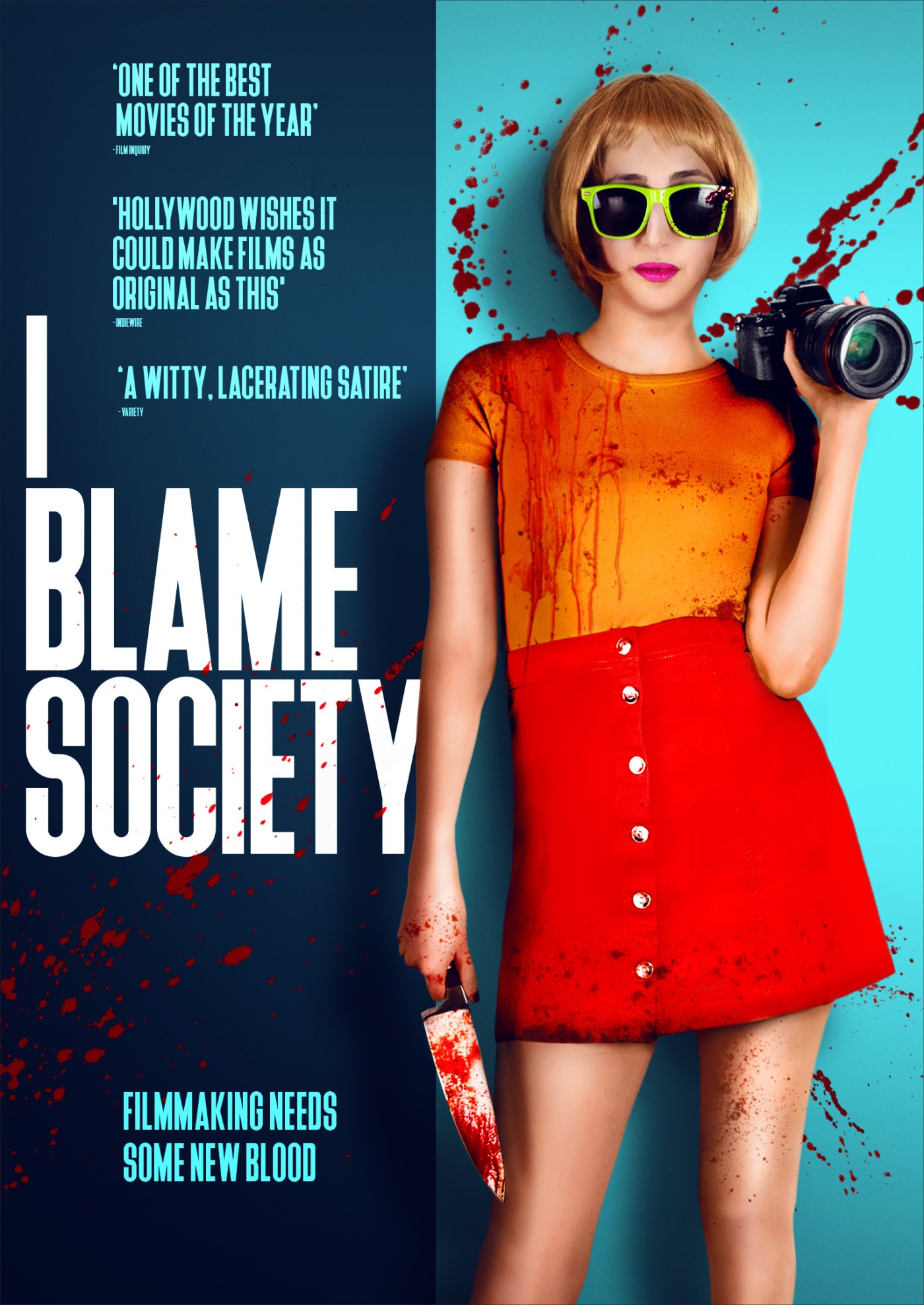 “They told me I would make a good murderer.”

From the spectacular mind of Gillian Wallace Horvat, we are presented with an infrequently lavish mockumentary x snuff extravaganza. Who’s to blame? I Blame Society.

Gillian, portraying herself, is a budding filmmaker who produces a day-to-day documentary about herself touting the suggested concept that she’d be a great serial killer… But that’s only half of the story. A film predominantly of two halves, the first half of I Blame Society presents us with the annoying ghouls in which Gillian has to deal with – those inside the film industry and those within her close circle of family/friends.

In the second half, well, Gillian manages to prove her friends right in that she would be a great serial killer. After tension drastically grows between herself and her boyfriend, Gillian develops a lust for the kill of the night. She, essentially, transcends into a sugar-free Patrick Bateman. Caught on camera, will these snuff escapades be enough to convince her manager and producers that she’s a killer filmmaker?

Don’t we just love films about films… Sadly, I Blame Society takes forever to gather any interest or entertaining qualities. Majority of the first half is a disastrously difficult watch, but on a more positive note, it does set up a much superior second half. It is a worry that an audience could be completely lost before the film improves – hopefully this isn’t a common occurrence. I Blame Society may view like a mockumentary, especially with its exaggerated d*ckhead characters – guys are dicks on purpose, that’s very obvious, but when contextualising the film industry and their characters, they might just be an exaggeration not far from realistic.

The whole film presented in documentary / found footage style may be one of its biggest downfalls. Had a mixture of documentary style and drama style been present, then not only would I Blame Society have established a professional feel, but it would have added more layers too. Additionally, what is presented as fictional snuff disjoints the viewpoint of the audience too. If the audience of this film are to view it as real through its documentary style – some viewers will definitely view the film this way – then when the murders occur, the realistic and gritty presentation will disturb beyond reason.
In some ways, however, this is a powerhouse of filmmaking from Horvat. Directing, writing and starring in the film – virtually every minute of the film – this is an impressive feat. The production values are inconsistent in quality, but this project, ultimately, is a major accomplishment. Out now on digital download, I Blame Society is a highly original mixture of social commentary and horrific mockumentary.

I Blame Society is available now on Digital Download. Many thanks to Witchfinder and Blue Finch Film Releasing for the pleasure of this film.